The PAAIA Akbar Ghahary Capitol Hill Internship Program (CHIP) recognizes that congressional internships are often the inspiration and launching point for the careers of some of the most distinguished public servants in the nation. Members of Congress and their constituents depend on interns for their work and contributions.  The purpose of the CHIP program is to promote increased civic participation among young Iranian Americans. The program seeks to simply create a more civically engaged community by providing a rewarding experience that helps participants learn about the importance of being active in the American civic process.  Learn about our previous CHIP fellows and their experiences below, or click here to learn more about the program itself and fill out the application form. Leila Pearson was born and raised in New Canaan, Connecticut. She is now living in Washington, DC studying political science at American University’s School of Public Affairs. She is currently a freshman and is passionate about foreign policy, gun policy reform, and battling our climate crisis. She is interning with Senator Chris Murphy this semester and is very excited to have her first experience on the Hill.

Daniel Khoshkepazi moved to the United States when he was a child. Raised in New York, he now lives in Baltimore where he pursues a Master’s in Global Affairs & Human Security at the University of Baltimore. At UBalt, Daniel also has served as the President of Student Government since May 2020. He is passionate about leadership, social justice, and community development. Last fall, Daniel interned with Senator Van Hollen of Maryland. This spring, he will continue with CHIP and intern with Senator Gillibrand of New York.
Click here to read Daniel’s blog post about his Capitol Hill experience with Senator Van Hollen in Fall 2021.
2021 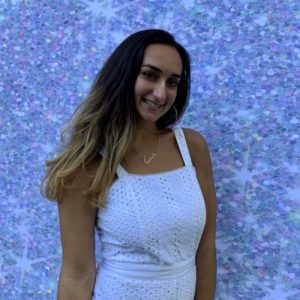 Originally from Connecticut, Hanna received her bachelor’s degree from the University of Connecticut and is a first year graduate student at American University studying Public Policy & Administration. Hanna has an interest in policy reform, specifically relating to women’s rights, foreign policy, climate change, immigration, and the criminal justice system. Upon graduation, Hanna worked with the Connecticut Democratic Party, and hopes to expand her knowledge of government while interning in Senator Blumenthal’s office.
Click here to read Hanna’s blog post about her Capitol Hill experience.

Daniel Khoshkepazi moved to the United States when he was a child. Raised in New York, he now lives in Baltimore where he pursues a Master’s in Global Affairs & Human Security at the University of Baltimore. At UBalt, Daniel also has served as the President of Student Government since May 2020. He is passionate about leadership, social justice, and community development. This Fall, Daniel is interning with Senator Van Hollen of Maryland.
Click here to read Daniel’s blog post about his Capitol Hill experience. Originally from Berkeley, CA, Darius Stenstedt is a graduate from the University of Oregon, where he received a B.S. in Political Science and a concentration in Public Policy. Since graduating, he has volunteered in the East Bay area to provide COVID-19 relief for his community and worked for the Breast Cancer Prevention Partners (BCPP) policy team in San Francisco.

Darius is most interested in education, the environment, finance, artificial intelligence, national security, and foreign policy. He wants to dedicate his life to progress and peace through further access to higher education and sustainable living. This summer, he will be working for Congressman Tony Cárdenas (D-CA) on Capitol Hill. Born and raised in Houston, Arman is a rising junior at Princeton University, where he is pursuing a concentration in Politics with certificates in Journalism and Spanish Language and Culture. He hopes to attend law school after graduation. At Princeton, Arman also writes as a Senior Opinion Columnist with the Daily Princetonian and works to produce episodes for the Policy Punchline podcast. Originally from Philadelphia, Pennsylvania, Nikki Adeli is a fourth year student at American University studying international relations with a concentration in global economics. While at American, she has served as the President of the Persian Student Alliance and as a Senator for American University’s Student Government. Nikki’s interest in public policy and legislative affairs developed through internships she’s held with firms such as Holland & Knight LLP, The Glover Park Group, and the Sheridan Group. This semester, Nikki is building on her previous policy experiences by serving as a Legislative Intern for Senator Bob Casey (D-PA) through the CHIP Program. Read more about her experience… 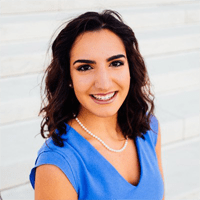 Originally from Annapolis, Maryland, Josee Molavi is a first year student at American University studying Communications, Law, Economics, and Government. She plans to graduate in May of 2020 as a Politics, Policy and Law 3-year Scholar with a Certificate in Advanced Leadership Studies from AU’s School of Public Affairs Leadership Program. This semester, she serves as a press intern in the Office of Congressman Jamie Raskin of Maryland’s 8th Congressional District. This is her first internship on Capitol Hill, but she did prior work for Senator Cheryl Kagan (D-17) of the Maryland State Senate. Read more about her experience. Born and raised in San Diego, California, Amir Rezvani is a junior at Yale University. He is majoring in History, with a concentration in the history of American politics and law, and hopes to attend law school after finishing his undergraduate education. He previously worked as an intern in the U.S. Attorney’s Office for the Southern District of California. Amir looks forward to being part of the CHIP program and working as an intern in Senator Feinstein’s office this summer.

Read more about his experience.

Hear him talk about his experience in our CHIP video. Aava Khajavi is a first generation Iranian-American graduating from American University this May with a BA in Psychology. She is passionate about educational equity and alleviating the social stigma tied to mental health issues. Growing up in Los Angeles, a city with an enormous Iranian American population, Aava witnessed first-hand how little Iranian Americans’ interests are represented in the political arena. This reality is what inspired her to pursue a career in politics and encourage her community to have a larger voice in government. Read about her experience. Born and raised in Great Falls, Virginia, Shahriar Jahanbani is a senior at American University.  He is studying in a multi-discipline major in Communications, Law, Economics, and Government (CLEG) and is expected to graduate in June of 2016.  Serving as a congressional intern gives Shahriar an important vantage point on American public life, valuable professional networking and communications skills, and an important credential to work full-time as a congressional staffer or elsewhere in federal or state government. Hadi Sedigh is a recent graduate of the University of Virginia’s School of Law, where he received his J.D. in 2011. He joined Representative Yvette Clarke’s Washington, D.C. office as a fellow in January, where his duties include research, writing, and communicating with constituents and interest groups. After gaining understanding of an issue, he writes one or more of a variety of documents, including memoranda outlining the issue for the legislative staff and talking points or speeches for the congresswoman. Prior to joining Representative Clarke’s office, Hadi was pursuing a University of Virginia Post-Graduate Fellowship in Indianapolis, where he performed pro bono legal services for indigent Indianapolis residents. Hadi had also previously served as a law clerk in the Office of House Employment Counsel at the House of Representatives. Read about his experience. Shahrooz Shahandeh is a graduate student at the Edmund A. Walsh School of Foreign Service at Georgetown University, where he is pursuing a Master of Science in Foreign Service. As a legislative intern in Senator Charles Schumer’s Washington, D.C. office, he focuses on foreign policy, technology and communications, and immigration reform. Before moving to D.C., Shahrooz also worked in governmental affairs in California, where he served as a local government liaison for The Energy Coalition, an environmental non-profit organization, and as Executive Assistant to the Mayor of the City of Irvine. Marisa Vavruska is a rising senior at Amherst College (Amherst, MA) with a major in Law, Jurisprudence and Social Thought. Outside of academia, Marisa is member of the Amherst College rowing team and a bassoonist in the Amherst College Symphony Orchestra.  In the past, she has held internships with Freedman Consulting (Washington, D.C.), a strategic consulting, communications and policy development group and the Western Reserve Historical Society (Cleveland, OH), where she served as a research assistant.  This summer, Marisa is interning at the Capitol Hill office of the government relations firm, LNE Group, and is attempting to learn Farsi at the Middle East Institute in her spare time. Mitra Yazdi is a rising junior at Yale University majoring in Ethics, Politics, and Economics with hopes of attending law school in the future.  In the past she has been involved with non-profit organizations focusing on human rights issues such as OMID Advocates for Human Rights and the Iran Human Rights Documentation Center.  In addition, she has extensive volunteer experience with organizations that promote cancer research and awareness.  Mitra will be spending her summer as an intern with Senator Dianne Feistein’s San Francisco office working on constituent and community outreach as well as research. Read about her experience. 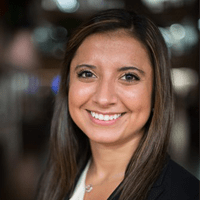 Parnia Zahedi is a junior at Georgetown University double majoring in government and English, with a minor in Spanish. On campus, she is Vice President of the College Academic Council, on the Executive Board of the Blue and Gray Tour Guide Society, and a member of the co-ed professional business fraternity Alpha Kappa Psi. As an intern in Congressman Gerry Connolly’s office, Parnia attends congressional hearings in the House Foreign Affairs Committee, prepares memorandum from hearings and briefings, and drafts constituent correspondence. She has previously interned for the lobbying firm Manatos & Manatos as well as the Terry McAuliffe gubernatorial campaign. Upon graduation, Parnia hopes to work on Capitol Hill and attend law school to pursue a career in foreign policy. Read about her experience. 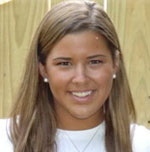 Deanna Javadi is a senior at Lehigh University in Bethlehem, Pennsylvania where she is studying International Relations. Deanna is actively involved in extracurricular activities and campus student groups, including Delta Gamma Fraternity, World Affairs Club, Greek Allies, and Peer Values Education.  She has also held a number of internships including the Smithsonian American Art Museum, the Public Affairs Alliance of Iranian Americans (PAAIA), and the Roberto Wirth Fund. This past spring 2012 semester, she studied abroad in Rome, Italy. Monna Sabouri is a student at CUNY Queens College, where she is working towards a Bachelor of Arts in Political Science with honors in Business and Liberal Arts. During her time in Queens College, Monna has worked as a Legal Intern for the Honorable Justice Rosengarten in Queens County Supreme Court. She is affiliated with her father’s non-profit organization, the Roodaki Foundaiton, which helps the promotion of Iranian Culture throughout the world. Monna is also a musician, getting her minors in music theory from the Aaron Copland School of Music at Queens College. She went to the Pre-College Division of the Manhattan School of Music for Classical Voice and Piano. She is a member of the Screen Actors Guild and has been featured in various film and television projects. 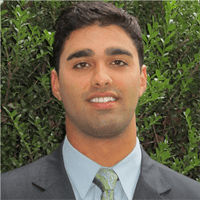 Darien Salehy is a recent graduate of University of Colorado – Boulder, where he majored in International Affairs. He joined Senator Udall’s Washington, D.C. office this fall. He is currently interning for the Senator Udall’s Press Department, conducting legal and factual research, speech writing, and working on official press releases.