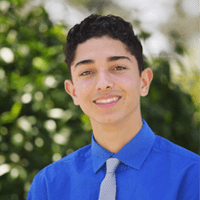 This summer, I had the privilege of working as an intern for Senator Dianne Feinstein of California. As an intern, I handled legislative, administrative, and press responsibilities. This experience gave me the chance to better understand the legislative process, the day-to-day operations of a Senate office, and media relations. I was also honored to be a fellow as part of PAAIA’s Akbar Ghahary Capitol Hill Internship Program. This afforded me the opportunity to meet Iranian-Americans who are current or former Hill staffers. Learning more about their experiences both piqued my interest in a career in public service and convinced me of the need for Iranian-Americans to become more involved in American civic life.

As an intern for Senator Feinstein, I learned to perform a variety of tasks as needed by staffers. My legislative duties involved working with the Energy and Climate Change team. I took notes on committee hearings, attended briefings, and reviewed environmental reports by state governmental agencies.I also worked on an independent policy project, which I had the chance to present to Senator Feinstein’s legislative director. My project consisted of a bill proposal (adapted from a bill previously introduced by Former Senator Mark Udall) which would provide legal protections for conservation groups who voluntarily clean up abandoned mines.

Like all Hill interns, much of my time was also spent on constituent services, such as answering phone calls, sorting mail, and drafting responses to letters. There was always work to be done on this front, given that Senator Feinstein’s office receives about 250,000 calls and 4,000,000 pieces of mail each year. It was interesting to hear from constituents about the issues that are important to them and to learn how the actions of lawmakers in DC affect the lives of Californians.

I also spent part of my time each day on the press desk. Every morning, staffers in the press office selected news articles for Senator Feinstein to read. I was tasked with compiling these press clippings into a packet for the Senator. As a result, I learned to prioritize news related to the committees the Senator serves on and pending legislation she has proposed. A positive side effect of this responsibility was that I became very informed about current events due to the dozens of articles I had to read through each day. During my time at the press desk, I also routed media inquiries from reporters to Senator Feinstein’s press secretaries and communications director.

Through events organized by PAAIA, I got the chance to speak with Iranian-Americans who are current or former Hill staffers. I met with Carolyn Amirpashaie King (Chief of Staff for Congressman Rob Wittman), Asal Sayas (Former Director of Operations for Senator Amy Klobuchar), and Andy Halataei (Former Legislative Director for Congressman Randy Forbes). I enjoyed speaking with them and learning about both the challenges and opportunities for increasing Iranian-Americans’ civic engagement. It was heartening for me to see Iranian-American professionals in prominent staff positions on both sides of the aisle. Hearing from these distinguished role models about their experiences working in government gave me insight that will be helpful as I continue to chart my own educational and professional path.

Throughout the course of my internship, I was able to gain a birds-eye view of the legislative, administrative, and press-related responsibilities of a Senate office. I am grateful for this experience and for PAAIA’s support, which made my internship opportunity possible.