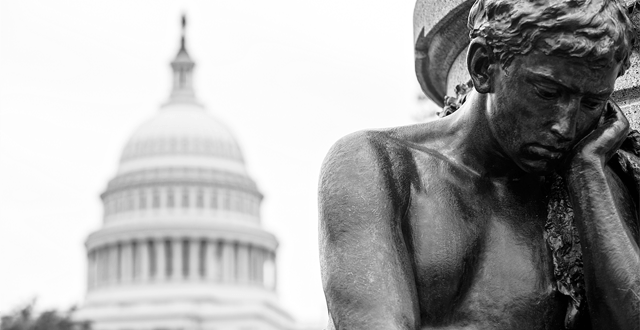 The Court’s 5-4 decision essentially prevents nationals from Iran, Libya, North Korea, Somalia, Syria, Venezuela, and Yemen from entering the United States.  PAAIA—in collaboration with IABA and Pars Equality Center—has actively worked to protect the Iranian American community from the unjust effects of the Ban since its inception, filing legal challenges to all three iterations of the Travel Ban, working with senators to obtain information on the Ban’s ineffective waiver provisions, and filing an amicus brief in support of Hawaii in this Supreme Court case.

During the oral arguments, our amicus brief was cited at length and referenced by name multiple times.  It was used to demonstrate the Ban’s human impact on U.S. citizens and their friends and family as well as to highlight concerns about the ineffective implementation of the Ban’s waiver provisions.  These arguments were referenced by Justices Breyer, Sotomayor, and Ginsburg in today’s dissenting opinions.

“[The Iranian American coalition amicus brief] identified 1,000 individuals—including parents and children of U.S. citizens—who sought and were denied entry under the Proclamation, hundreds of whom seem to meet the waiver criteria,” wrote Justice Breyer. “Denying visas to Muslims who meet the Proclamation’s own security terms would support the view that the Government excludes them for reasons based upon their religion.”

Iranians and Iranian Americans are especially impacted by the Travel Ban because Iranian nationals make up the largest number of immigrants or non-immigrant visitors among the countries listed in the Ban. Unfairly targeting the Iranian people undermines the solidarity between the peoples of both countries and overlooks the countless contributions Iranian Americans have made to the security and economic prosperity of the United States.

In our brief, we highlighted many stories of Iranian Americans who have been impacted by the Ban, including that of Mania Aghdasi.  After the death of her mother and brother, Aghdasi wanted to bring her grieving father to the United States to take care of him.  It took 16 months to find out that he was ultimately denied a waiver, but by that time he had already passed away.  With thousands of similar heartbreaking stories, the results of yesterday’s decision will only serve to galvanize the Iranian American community to defend our rights.

Yesterday, the Supreme Court decided not to stand up for the rights of Muslims, immigrants, and valuable members of American society, voting instead to legitimize this prejudiced policy and setting a precedent for future discrimination based on nationalities and religion.

Despite this decision, PAAIA will continue to contest the Travel Ban in court and advocate for its ultimate rejection in the halls of Congress, but we need your help!  Click here to tell your senators and representatives to support legislation that would block the Travel Ban.