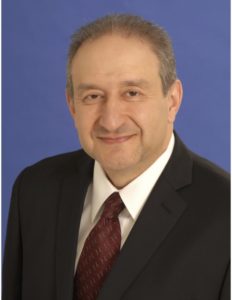 Pirooz Parvarandeh is an internationally renowned technologist, investor, and consultant. Until March 2015, he served as Chief Technology Officer at Maxim Integrated Products, a position he had held since 2009. Prior to that, he had been a Group President of several of the company’s analog business units since 2005. Pirooz joined Maxim in 1987 and brought Maxim several years of design experience. Pirooz is the founder of the Iranian American Contributions Project.

As the Chief Technology Officer (CTO), Pirooz championed efforts to stimulate technical innovation throughout Maxim, managing the company’s Technology Development and Innovation Group which comprises Process Technology R&D, Electronic Design Automation (EDA), Modeling, and ESD. Pirooz also oversaw Maxim Labs, an organization chartered to deliver fundamental innovative, breakthrough technology for the company. Under his leadership, selected engineers have had the opportunity to focus for long periods of time on difficult problems without interruptions. In recent years Maxim has seen a significant rise in the number of its patent applications.

Over the years Pirooz has been an industry leader in developing new technologies. In 2012 he joined the CTO Forum Advisory Board, a nonprofit organization dedicated to addressing industry’s most important technical issues. He holds three patents in the U.S. and has 14 other patents pending. Pirooz holds BSEE and MSEE degrees from the California Institute of Technology.