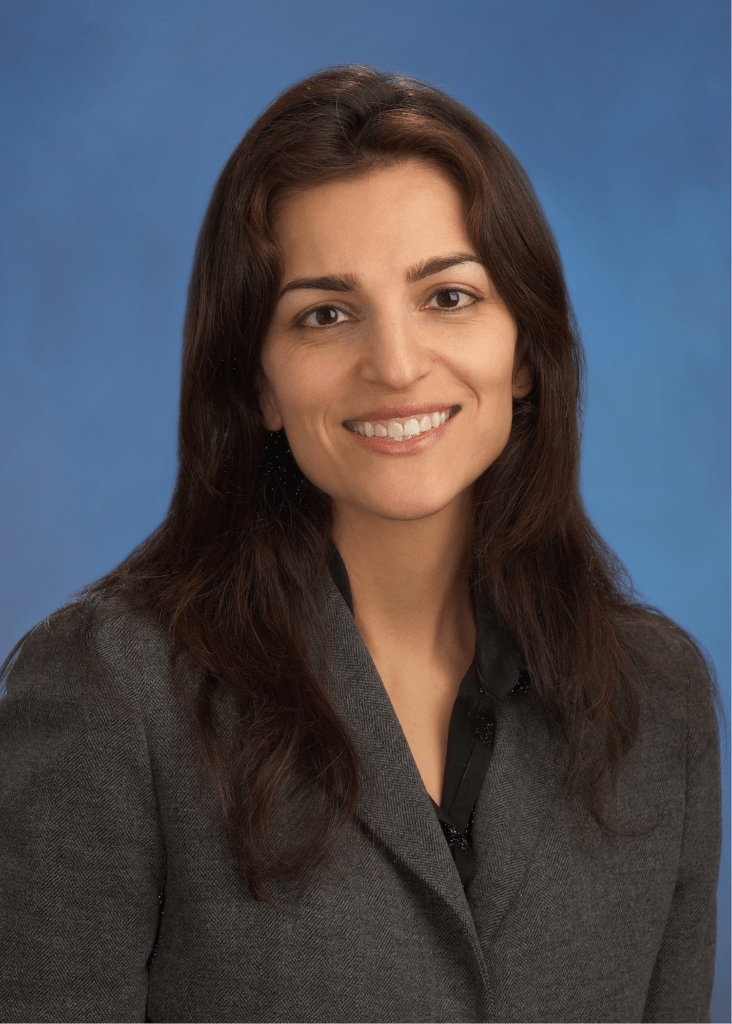 Tamilla Ghodsi is a Managing Director at Goldman Sachs & Co. in New York. Prior to joining Goldman Sachs in 1997, Tamilla practiced tax law at White & Case in New York from 1994 to 1997. She earned a BA, with honors, in Economics and International Studies from Northwestern University in 1991. She received her JD, cum laude, in 1994 from the University of Michigan Law School, and an LL.M. in Taxation from the New York University School of Law in 1997. At the University of Michigan Law School, Tamilla served as the editor-in-chief of the Michigan Journal of International Law from 1993 to 1994 and authored the article Tying a Slipknot: Temporary Marriages in Iran, 15 Mich. J. Int’l L. 625 (1994).

Tamilla has been involved in various philanthropic efforts over the years. She was a board member of the Iranian-American Bar Association from 2002 to 2004. Tamilla is also a board member of Razi Health Foundation and the Coalition for Persian Charities. In addition, Tamilla has served on the New York Noruz at the Met Steering Committee 2007 – 2011. Tamilla is a supporter of the Asia Society programs with particular focus on Iranian art, including supporting the Asia Society exhibit: “Ardeshir Mohassess: Art & Satire in Iran” and serving on the Benefit Committee for the exhibit “Glass, Giling, & Grand Design: Art of Sasanian Iran (224-642).”  Tamilla is the founder and currently serves as an adviser to Shabeh Jomeh, a monthly gathering of Iranian professionals designed to improve upon existing professional and social relations, which began in New York in February 2000.

Tamilla was born in Mashad, Iran. She, her husband, Bijan Ayromloo, and their son reside in New York City.