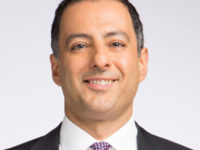 Nader A. Mousavi is a partner and co-head of the Intellectual Property Group at Sullivan & Cromwell LLP.  Mr. Mousavi has been widely recognized as a leading deal-maker and strategist for high-stakes transactions where intellectual property and technology are critical.  His recognitions include being named as one of the:

Prior to Sullivan & Cromwell LLP, Mr. Mousavi was a partner at Wilmer Cutler Pickering Hale and Dorr (WilmerHale), where co-founded the firm’s Palo Alto office.  Prior to WilmerHale, Mr. Mousavi led strategy and legal affairs at a telecommunications software company that pioneered the “softswitch” and was ultimately acquired by a broadband infrastructure company.

Mr. Mousavi is the National Chair for alumni reunions at Stanford Law School.  He is also a member of the Advisory Board for Stanford Law School’s Program in Law, Science & Technology, and of the Silicon Valley Chapter of the Licensing Executive Society.