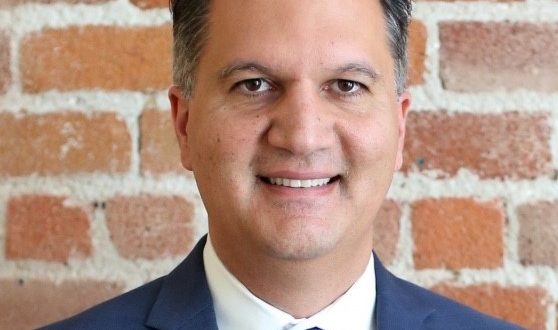 I work as the executive director of a civil rights organization, the American Civil Liberties Union of Northern California. I am calling on Iranian-Americans to speak up and take action vigorously to support the Black community in the United States.

In my first year in college in 1991, Rodney King was beaten viciously by police officers in Los Angeles, and the officers were acquitted of the charges. I joined marches and protests for racial justice and against police brutality. The experience of being part of that movement changed the course of my life. When I graduated from college in 1995, inspired by the power that I saw in multi-racial alliances, I went into community organizing working with the Black community and other communities of color and with low-income people to advance civil rights. In 2009, I came to the ACLU of Northern California as its executive director.

Over three decades since 1991, I feel continued grief and anger at the killing of African-Americans by police, including the murder of George Floyd that has galvanized the country. I have been on my own journey of learning about American history, the conditions of inequality and discrimination today, and what I can do about it personally and in the world in which I live. From that journey, I share these perspectives with my fellow Iranian-Americans about why Black lives should really and especially matter to us as Iranian-Americans.

This idea of mutual equality was expressed by Dr. Martin Luther King when he wrote his Letter from a Birmingham Jail in 1963, “In a real sense all life is inter-related. All men are caught in an inescapable network of mutuality, tied in a single garment of destiny. Whatever affects one directly, affects all indirectly. I can never be what I ought to be until you are what you ought to be, and you can never be what you ought to be until I am what I ought to be…This is the inter-related structure of reality.”

It is also a tenet of our Iranian culture and history as expressed by Saadi in his poem Bani Adam in Golestan seven hundred years earlier, in 1258.

“Human beings are members of a whole,
since in their creation they are of one essence.

When the conditions of the time brings a member (limb) to pain,
the other members (limbs) will suffer from discomfort.

You, who are indifferent to the misery of others,
it is not fitting that they should call you a human being.”

That really should be enough said, but I share the rest of this essay as further reasons why black lives should matter especially for Iranian-Americans – and our humanity.

As Iranian-Americans we should understand that our place in American history is recent. We are proud of our Iranian heritage and we frequently talk about our contributions to the U.S. as immigrants. But we need to understand our place is recent and our contributions are just starting. Iranian-Americans began immigrating to the United States in any sizable number as students in the 1960’s and 1970s. Our large migration happened after 1979. In the course of Iranian or American history, that is a blink of an eye. The struggles that preceded our arrival in the United States, especially those of African-Americans, shaped the country to which we could immigrate, in which we could get an education, and live with a semblance of rights and opportunity.

Which brings me to this point: the rights that Iranian-Americans depend on are the direct result of the freedom struggles that African-Americans led and for which they bled.

It was the struggle to abolish slavery that led to the 14th amendment of the United States Constitution, that provides for citizenship for every person born in this country and equal protection of the law for all persons in this country. I was born a citizen in the U.S. in 1973, a citizenship that is the direct result of the 14th amendment and the Black struggle to abolish slavery.

Despite all these years knowing my birth story and years working for civil rights, it was not until just a few years ago that I made the connection that the basis of my American citizenship is literally the Black struggle to abolish slavery. It was a late realization, and it surged through me like electricity.

Despite the words of the 14th amendment, African Americans faced decades of government-sanctioned segregation and lynchings. It took another freedom struggle in the middle of the 20th century to give new power to the 14th amendment with the passage of the 1964 Civil Rights Act. It is that law, and others that it inspired, that protects Iranian-Americans from discrimination based on religion, race, ethnicity or national origin. The impact of the civil rights movement extended even to immigration, with the 1965 law opening immigration to the U.S. from the rest of the world rather than mainly Europe.

Iranian-Americans did not pay the price to secure those rights in the United States, but we enjoy the benefits from the time of our arrival to these shores. Black people paid the price to pass those laws, some on the eve of our arrival, yet they are far from enjoying those rights on equal terms. Iranian-Americans did not bear any of the brunt of genocide of Native Americans, or of slavery of African-Americans. Iranian-Americans did not wear the uniform of the Union soldier to fight in the Civil War to defeat the Confederacy and ultimately to abolish slavery. We did not live with the fear that our loved ones would be taken from our families and hung from trees in the terror of lynchings that followed. We did not face the batons or the bullets in Mississippi, or the water cannons and the dogs in Alabama. We did not face the loss of wealth and opportunity for decades when banks and the federal government would deny us loans to purchase homes. Black people did. And they also led the struggles to challenge each of those things.

The legal protections that have allowed Iranian-Americans to thrive in this country all came out of that Black freedom struggle. The rights that shield us from the discrimination we faced in the hostage crisis, or after 9/11, or in the face of Trump’s Travel Ban, come directly from that struggle. Those laws that shield us are the legacy of Black lives – then and now.

Here is my ask of my fellow Iranian-Americans: Step up now and be part of the solution for the America we dare to create.

Speak up and show up. Remember what it felt like, in the first week of the Trump presidency when he issued his executive order for the Travel Ban which targeted Iranians. It caused us fear. We felt like we were the target. African-Americans have been that target every year of American history. But remember also at the time of the Travel Ban, what it felt like for our community when tens of thousands of Americans of all races and who were not us rallied at airports and spoke up. We knew we had allies. We felt hope and a measure of protection because of the power that people demonstrated. Be that person now as an ally of the Black community. Speak up and show up.

Donate to and support the actions of Black-led organizations. There are countless important and vital Black-led organizations in your community and your state, and nationwide. Some focus on police accountability and criminal justice reform, others on voting rights, education, economic opportunity and health. Donate to even one new group, and stick with them for the long-term. Follow the calls to action from these groups, and take those actions.

Take a stand to be Iranian-American, anti-racist and pro-Black. Iranian-Americans cannot be silent on anti-Black racism and think we are OK or that we not part of the problem. Iranian Americans have an opportunity and responsibility to learn about American history and current conditions. We should examine the conscious and unconscious bias against Black people that may be in our hearts. We can take steps to commit ourselves individually and as a community to be against all forms of racism, especially anti-Black racism and the accumulated racism of government policies. But let’s go further and be pro-Black, and support affirmative policies that invest in Black communities. We can do that personally, and we can do that in whatever job or profession we are in, and we can do that as citizens who can vote in this country.

Let’s remember the words of Dr. King and our own great poet Saadi and recognize that our freedom is interwoven with each other. On that subject of freedom, the great abolitionist Frederick Douglass wrote, “The law on the side of freedom is of great advantage only when there is power to make that law respected”.

As Iranian-Americans, it is our duty – our “vazeefeh” – to be part of the power on the side of freedom.

Abdi Soltani is the Executive Director of the ACLU of Northern California. Abdi Soltani is a nationally-recognized civil rights leader who has dedicated his adult life to social justice and equal treatment for all. His early work as an organizer helped change California from a state that passed some of the most regressive policies in the mid-’90s to a state that is among the most progressive in our nation. As Executive Director of the ACLU of Northern California since 2009, Abdi’s fight for civil liberties has been expansive and inclusive of racial, gender, and economic justice. He has deepened ACLU’s partnerships with communities most directly impacted by injustice and disparities.