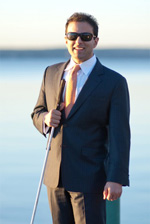 WASHINGTON – A number of Iranian Americans were on the ballot on Election Day, November 8th, 2016. Of the eleven candidates listed below, the following three were successful in their campaigns: State Senator Cyrus Habib for Washington State Lieutenant Governor, Judge Sabrina Kraus for New York Civil Court, and Ahsha Safai for San Francisco Board of Supervisors. The remaining candidates fell short in their bids for elective office.

Fred Ameri (http://fredameri.com/), a successful businessman with an exceptional record on civic involvement, was a candidate for the City Council of Newport Beach, California. A registered Republican, he faced Newport Beach Finance Commissioner William O’Neill and Phil Greer in the November election. Ameri’s campaign was endorsed by a number of community and business leaders throughout the city and county. Ameri came in third place with 23% of the vote and approximately 6,000 of the ballots cast.

Mani Farhadi (https://www.facebook.com/mani4lgboard/), a third generation Iranian American with 28 years of experience in architecture firm, was a candidate for Los Gatos Union School District Board of Trustees.  Farhadi was running as an appointed incumbent of the school board.  Her term is up at the end of 2016 and she was one of three candidates running for two seats on the Los Gatos Union School District Board of Trustees.  Her campaign was endorsed by numerous public officials, organizations, and community leaders, including the Vice Mayor of the Los Gatos Town Council, several former and current members of the Board of Trustees, and the Los Gatos Elementary Teachers’ Association (LGETA). Farhadi came in third place with 31.46% of the vote and 3,931 ballots of the ballots cast on her behalf.

Shiva Farivar (http://www.shivafarivar.com/index.htm), a longtime Irvine resident and community leader, was running for a seat on the Irvine City Council, California. Her campaign was endorsed by Councilmember and former Mayor Beth Krom, and former Mayor Sukhee Kang. She also received endorsements from Women in Leadership, National Women’s Political Caucus, Unite Here Local 11, Evolve, UA Local 582, Orange County League of Conservation Voters, and NMFT. Farivar came in fifth place with 7.1%of the vote and approximately 6,368 ballots cast on her behalf.

State Senator Cyrus Habib (http://cyrushabib.com/), the highest ranking Iranian American in elected office, was a candidate for Washington State Lieutenant Governor. Habib was the victor in the crowded August primary election and faced Republican Marty McClendon in the general election. His campaign was endorsed by a number of Federal, State, and local elected officials including President Barack Obama.  Habib, who lost his eyesight to a rare form of cancer at the age of eight, is the first American of Iranian heritage to serve in a state legislature, and will become the first Iranian American Lieutenant Governor in history. Habib won the race with 55.8%  of the vote and approximately 1,080,109 ballots cast on his behalf.

Judge Sabrina Kraus  (http://www.sabrinaforcivilcourt.com/), a first generation American of Persian-Jewish descent, was a candidate for New York City Civil Court Judge District 6. Her campaign was endorsed by two of the three Democratic clubs that cover the 76th Assembly District of New York as well as Congresswoman Carolyn Maloney (D-12th/NY). Kraus began her career as a litigator, specializing in Real Estate Litigation.  She was a partner at two prestigious law firms in Manhattan, and, after nearly fifteen years in private practice, was appointed in 2006 to the Housing Court. Kraus was the victor in the September Democratic primary election and was running unopposed in the November general election.

Sean Panahi (http://www.panahiforassembly.com/sean-panahi/), an attorney, was the Democratic nominee for California’s 68th State Assembly district. His campaign received several endorsements from current and former local elected officials, Party Committees, and organizations. On June 7, 2016, Panahi received the most votes in a crowded field of seven candidates on primary day.  He faced the Mayor of Irvine, California and Republican Steven S. Choi in the general election. Panahi came in second place with 39.1% of the vote, and approximately 50,632 ballots cast on his behalf.

Marjan Philhour (http://www.votemarjan.com/), an accomplished small-business owner and working mom with two decades of experience in public service, was a candidate for the San Francisco Board of Supervisors District 1. Her campaign was endorsed by several current members of the Board of Supervisors, state elected officials. Philhour spent four years in the U.S. House of Representatives serving as a legislative aide to Members of Congress. After returning home to California, Philhour served as senior advisor to Governor Gray Davis’ chief of staff. Over the past ten years, she has led her own San Francisco-based consulting firm, working with nonprofits and local, state, and federal candidates. Philhour came in second place in a crowded field of ten candidates with 35.53% of the vote and 7,504 ballots cast on her behalf.

Ahsha Safai (http://www.ahshaforsupervisor.com/),a  first generation Iranian American, ran for the San Francisco Board of Supervisors District 11. He was one of five candidates vying for the district 11 seat and was considered the moderate front-runner in the race. Safai’s campaign was endorsed by numerous federal, state, and local elected officials, including Senator Dianne Feinstein and Lt. Governor Gavin Newsome.  He served as the Deputy Director for Mayor’s Office of Community Development and in the San Francisco Department of Public Works. Safai’s many accomplishments include spearheading a project to build a community youth center, championing legislation to help immigrant families remain in public housing, and directing over $25 million in federal grants towards low-to moderate-income communities and overall neighborhood revitalization. Safai won his race with 38.81% of the vote and 6,543 ballots cast on his behalf.

Daniel E. Sabzehzar (http://www.sabzehzar4council.com/), was a candidate for Merced City Council District 5. Sabzehzar is an aspiring physician, a biochemistry and public-health student at the University of California, Merced, a collegiate and international athlete, the owner of a digital and social media agency, and the incoming Vice President of the United Way of Merced County. He faced Merced County deputy district attorney Matthew Serratto in the election. His campaign was endorsed by Communities for a New California, a civil and human rights organization committed to achieving public policy that is socially, economically, and environmentally just for California’s families, and various community leaders. Sabzehzar received 40% of the vote and 798 ballots cast on his behalf.

Melody Shekari (http://www.melodyshekari.com/), a 28-year-old lawyer and first generation Iranian American, was the Democratic nominee for the 3rd U.S. Congressional District of Tennessee.  Winning by a landslide in the Democratic primary, Shekari faced Congressman Chuck Fleischmann (R-TN) in the general election. Her campaign was endorsed byThe Chattanooga Times, stating that “…she has the policy know-how and solutions maturity that our current congressman sorely lacks.” After receiving her undergraduate, Masters in Public Administration, and law degrees, Shekari returned home to serve her community. She has held positions in business, government and the non-profit sector. Before running for Congress, she served as a policy fellow for the Mayor of Chattanooga. Shekari received 29% percent of the vote and 76,664 ballots cast on her behalf.

Ron Varasteh (http://www.ronvarasteh.com/), a scientist, engineer, and small business owner, was a Democratic candidate for the 45th U.S. Congressional District of California. Varasteh came in second in California’s open primary system and faced incumbent Congresswoman Mimi Walters (R-CA) in the general election. His campaign was endorsed by the California Democratic Party (CADEM), Democratic Party of Orange County (DPOC), Orange County Young Democrats (OCYD), and Progressive Democrats of America (PDA).  A 35 year resident of Orange County, Varasteh is a long-time activist for causes pertaining to improved quality of life for all citizens. Varasteh received 40.5% of the vote and 86,894 ballots cast on his behalf.