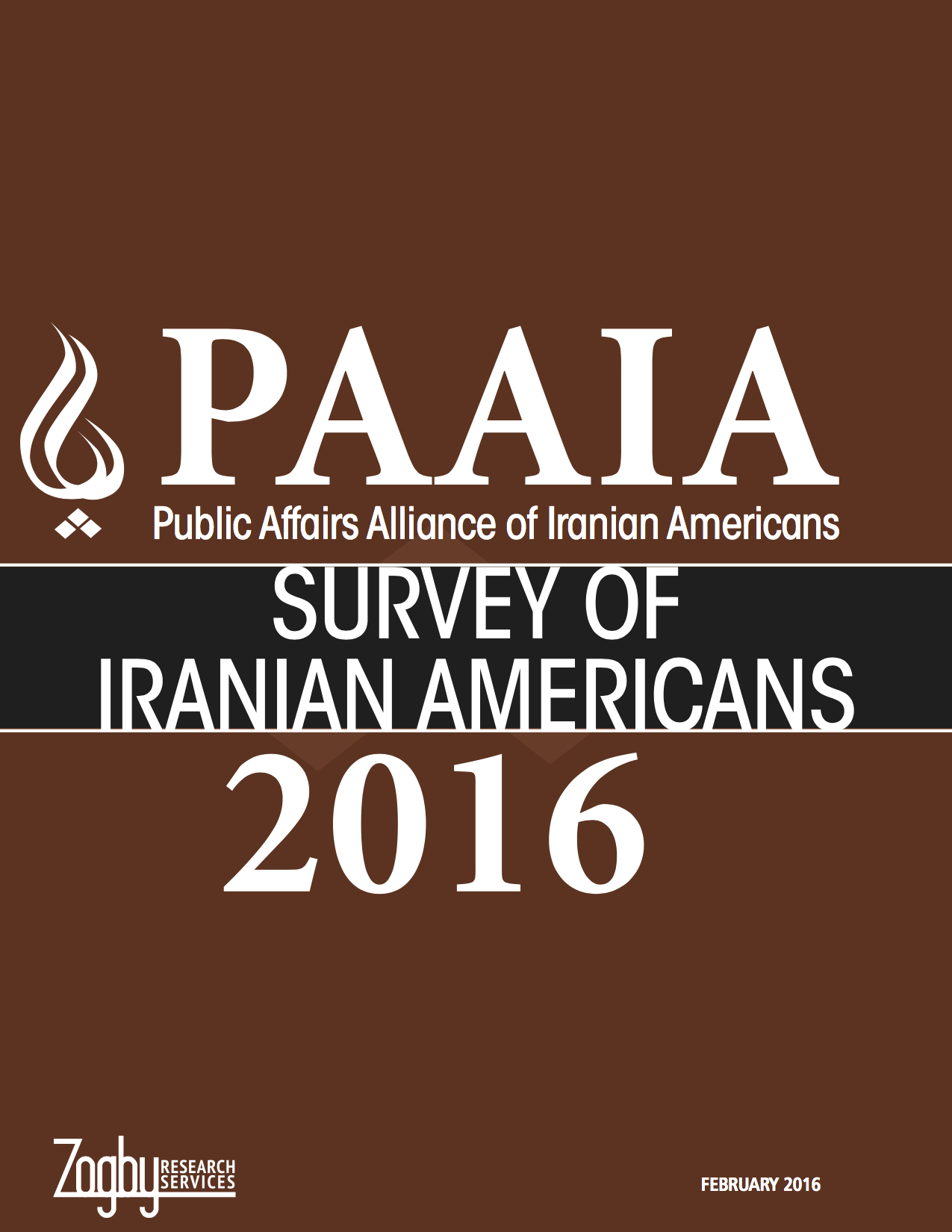 Nearly two-thirds of Iranian Americans (65%) approve of the P5+1 agreement with Iran designed to place limits on Iran’s nuclear program. A majority of respondents say they expect the agreement to have a positive impact on improving Iran’s relations with the United States and the West (77%) and improve personal and civil rights of the Iranian people (68%).

Moving beyond the nuclear deal, Iranian Americans believe the top two priorities for the U.S. government in dealing with Iran should be advancing democracy and promoting personal and civil rights (56%) and allowing Americans to invest in Iran to improve the economy and create personal opportunities (52%). When asked about their concerns as Iranian Americans, they identified the promotion of human rights and democracy in Iran as the most important to them personally (68%).

“What we find is an Iranian American community that while well assimilated in American society continues to maintain close ties to the people of Iran. They regularly communicate with family and friends in Iran and closely follow news from the country,” said PAAIA’s Director of Government Affairs, Morad Ghorban. “Their opinions on U.S.-Iran relations are reflective of their concern for the Iranian people while their identity as Americans is associated with Iranian heritage and culture.”

More than seven in ten respondents rate Barack Obama’s presidency (75%) and Obama’s handling of U.S.-Iran relations (71%) as either excellent or good.  When asked who they would vote for in the 2016 Republican presidential primary or caucus in their state, respondents were deeply divided, with only John Kasich receiving double digit support (13%). On the Democratic side 43% indicated that they would vote for Bernie Sanders while 34% would support Hillary Clinton. Among the respondents, the two most important issues determining their vote in the federal elections are the economy and jobs (59%) and foreign policy (33%).

Zogby Research Services (ZRS) was commissioned by PAAIA to conduct, in partnership with Zogby Analytics, a live operator telephone survey of Iranian Americans with a representative sample of  400 adult respondents.  The poll was conducted between February 10th -16th, 2016 and has a  +/- 5% margin of error.