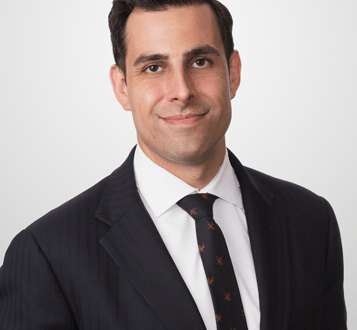 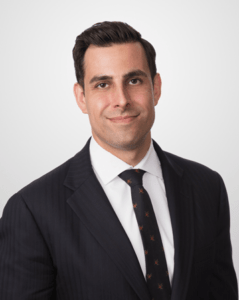 WASHINGTON – In the wake of last Sunday’s tragic earthquake in the Kermanshah region of Iran, Iranian Americans have gone to great lengths to help with the relief efforts, including taking to social media to help raise funds for earthquake relief. Unfortunately, many were surprised and confused by fraudulent charities popping up on social media, taking advantage of this tragedy and undermining the good will of Iranian Americans. Adding to the confusion, some U.S.-based crowd-funding platforms halted the donation process because their money transferring partner lists Iran as a “prohibited country.”

The Public Affairs Alliance of Iranian Americans (PAAIA) recently spoke with one of its public policy advisors, Mr. Erich Ferrari, to highlight some of the ways in which Americans can provide humanitarian assistance to the Iranian people, consistent with the Iran-related sanctions. Mr. Ferrari is a sanctions attorney, and his main areas of practice are assisting clients in complying with and addressing issues related to U.S. trade sanctions and federal criminal defense. In this capacity, he works extensively on issues arising before the U.S. Department of the Treasury’s Office of Foreign Assets Control (OFAC). Mr. Ferrari has also been interviewed on OFAC related issues by CNN, Time Magazine, Forbes Magazine, and The New York Times.

I want to help out with relief efforts in Iran relating to the Kermanshah earthquake, but being a U.S. person, I’ve heard that sanctions prevent me from doing so.  Can I help out with disaster relief in Iran without violating U.S. sanctions?

Yes.  While the United States imposes a comprehensive economic embargo with Iran that prohibits most transactions or activities between the two countries, there are certain exceptions that permit U.S. persons[1] to provide aid or support disaster relief efforts in Iran.  For instance, U.S. persons can do the following:

It is difficult to find U.S. NGOs engaged in disaster relief services related to the Kermanshah earthquake.  I want to help out as soon as possible, so can I send cash donations directly to Iranian NGOs?

No.  U.S. persons are prohibited from sending cash donations to Iran, absent an applicable legal exemption or authorization.

However, U.S. persons are not permitted to send cash donations to Iranian NGOs located in Iran even if the donation is meant expressly for disaster relief related to the Kermanshah earthquake.

OK, but if not Iranian NGOs, what about non-U.S., non-Iranian NGOs headquartered in Europe but active in Iran related to the Kermanshah earthquake?

No.  General License E authorizes U.S. NGOs to export services to Iran in support of not-for-profit activities that are designed to directly benefit the Iranian people, including humanitarian projects to meet basic human needs in Iran, such as the provision of relief services related to natural disasters.  If you want to help disaster relief efforts by making cash donations, to be consistent with U.S. law such donations must be provided through a U.S. NGO engaged in activities authorized by General License E.

I have a great idea for a project to help out victims of the Kermanshah earthquake, but I am not sure whether my project would be permitted under U.S. sanctions.  What should I do?

You should consult legal counsel before undertaking anything related to Iran if you are not certain that such activity is permitted by U.S. law.  It is possible that such ideas or projects are consistent with existing authorizations from OFAC, such as General License E.  Talking to legal counsel versed in OFAC sanctions regulations can confirm this and help provide confidence that your proposed activities are consistent with U.S. law.

Even if your proposal exceeds the scope of current license authorizations, you can always apply to OFAC for a specific license to undertake the project.  OFAC accepts applications for U.S. parties to engage in conduct that is otherwise prohibited by U.S. sanctions, and will review such applications on a case-by-case basis to determine whether the proposed activities are consistent with U.S. foreign policy objectives.  The process can be long and tedious, but nonetheless provides a path forward to seek authorization to engage in such a project even if it is otherwise prohibited under U.S. law at this time.

[1] U.S. persons include U.S. citizens and U.S. permanent legal residents, located anywhere in the world, persons physically present in the United States, or entities formed under the laws of any jurisdiction of the United States.