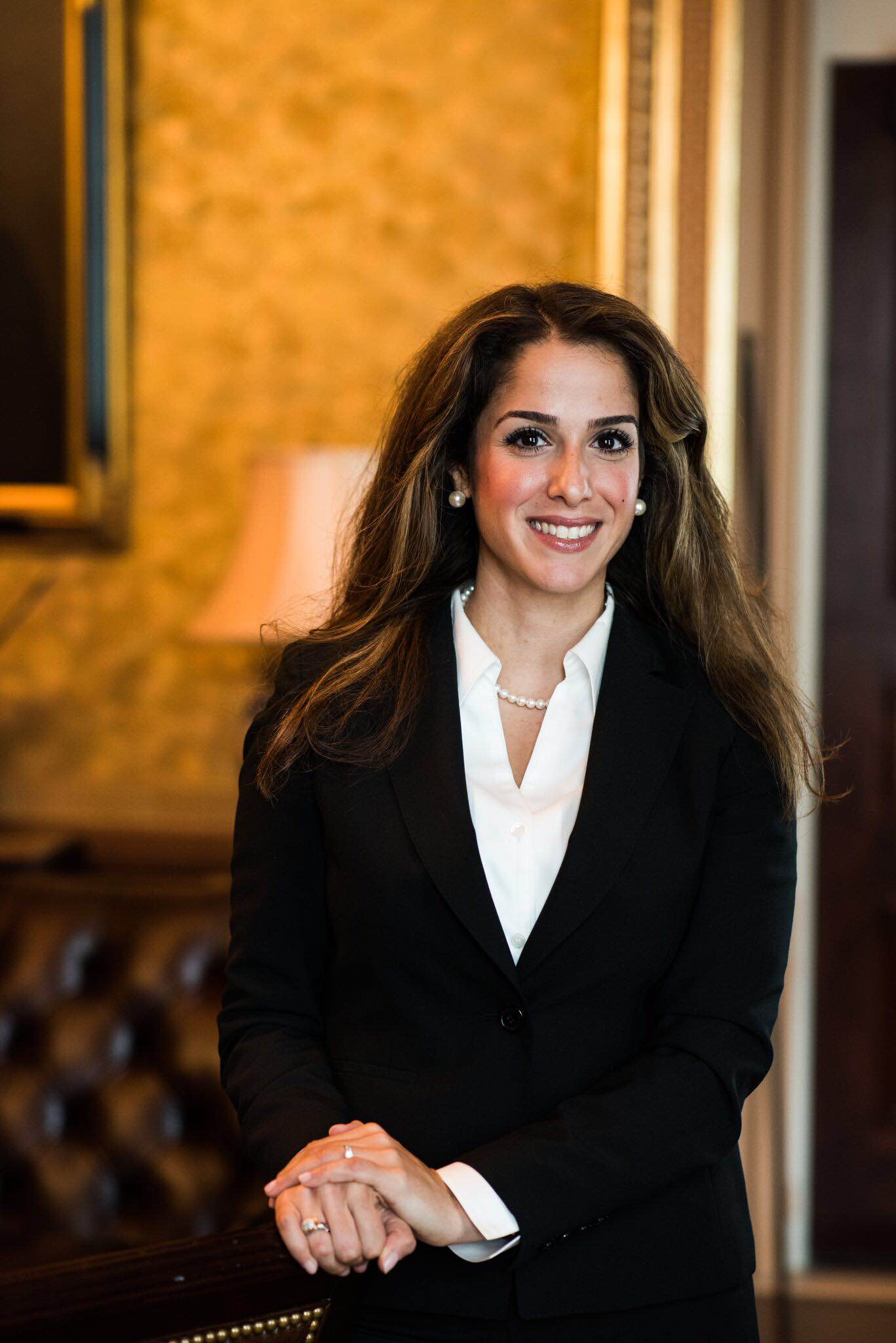 WASHINGTON – Sahar Nowrouzzadeh is an Iranian American with a distinguished career in foreign policy, having started her career in public service in 2005 at the United States Department of Defense as a Foreign Affairs Analyst and later becoming a Team Chief. Subsequently, she joined the U.S. Department of State as a Foreign Affairs Officer and in 2014 began a two year rotation as the Director for Iran on the White House’s National Security Council under President Obama. Sahar was part of President Obama’s team responsible for supporting the P5+1 nuclear negotiations with Iran, which ultimately resulted in the Joint Comprehensive Plan of Action. She just recently returned to the U.S. Department of State and is serving on the Secretary of State’s Policy Planning Staff and is responsible for the Iran portfolio. She earned her Bachelor’s Degree in International Affairs from the George Washington University and her Master’s Degree in Persian Studies from the University of Maryland-College Park. Sahar speaks multiple languages including English, Persian, Spanish and Arabic and helped introduce Nowruz celebrations at the State Department and the White House. PAAIA recently reached out to learn more about her inspiring story and exciting career.

How has your background as an Iranian American influenced not only your professional life and career, but your experiences growing up in the United States?

I was born and raised in Connecticut.  The Iranian American community in Connecticut is not nearly as large as the communities you will find in California, Texas, New York, etc., so for the most part, I was the only Iranian American at the schools I attended. Our diversity remains one of our greatest strengths as Americans and it was great to be able to share my heritage with friends who were from all different backgrounds and were often kind enough to share their respective heritage with me as well – whether they were first or fourth or any other number generation Americans. They truly loved learning about and experiencing Iranian culture, eating Persian food at our house (especially tadig!), and learning bits and pieces of the Persian language (many learned how to sing the “Tavalodet Mobarak” birthday song over the years!). Over the course of 11 consecutive years of work for the U.S. government, I have come across hardworking Iranian Americans involved in all different types of public service. My observation has been that many of us, like many other Americans, try to utilize our respective skills in order to do the best we can in our respective fields for the betterment of America. For me, as an Iranian American working on the U.S. government’s Iran policy, that means utilizing not only my academic and professional background but also my familiarity with Iran’s history, languages and cultures to try to do just that.

If you were to advise a group of young Iranian American women, particularly those who want to get into politics or study foreign policy one day, what guidance might you give them?

Within the Iranian American community, it has not yet become as commonplace to pursue a career in politics or foreign policy as it is to pursue a career in medicine, engineering or law, for example. That said, over the years, I have seen an increase in the number of Iranian Americans pursuing careers in public service. I’ve found that if you’re truly passionate about something, you should absolutely follow your passion, regardless of the so called “glass ceilings” — whether imposed by one’s family, society or community. I would also recommend absorbing as much knowledge as you can about the field you’re interested in, not just through your formal education but also through a range of activities such as volunteer work, internships or using spare time to read publications and books about that field which reflect a variety of viewpoints.

You were the first Iranian-American to serve as a Director for Iran on the National Security Council (NSC).  Can you tell us about your role at the NSC? In addition to now serving on the Secretary of State’s Policy Planning Staff, is it true that you’re also the new State Department Persian Language Spokesperson?

I was detailed from the State Department to the NSC at the White House from 2014 to 2016, where I served as a Director for Iran and Iran Nuclear Implementation. The NSC is the President’s principal forum for considering national security and foreign policy matters with senior national security advisors and cabinet officials. The NSC is also responsible for coordinating these policies among various government agencies. I was part of the team that assisted in coordinating various aspects of our Iran policy among government agencies, producing research, briefings, and memos related to Iran for our senior leadership and conducting the day-to-day management of our Iran policy. It was an extraordinary experience to serve on the NSC at such a historic time in U.S.-Iran relations.

Upon returning to the State Department earlier this year, I joined the Secretary of State’s Policy Planning Staff and am currently in charge of the Iran portfolio. My incredible colleague, Alan Eyre, who previously held the Persian Spokesperson position, recently moved on to a new position. As such, I took on the responsibilities of the Persian Language Spokesperson during the UN General Assembly this year and may also take on the responsibilities from time to time in the future. However, my primary role at the State Department is covering the Iran portfolio on Secretary Kerry’s Policy Planning Staff.

As a foreign affairs expert, focusing on your new role on the Secretary of State’s Policy Planning Staff, where do you believe the relations between the United States and Iran are going? Do you think the Joint Comprehensive Plan of Action (JCPOA) will be successful in the long-term?

I can’t make any specific predictions but I am personally hopeful that over time and as all JCPOA participants continue to meet their commitments, we will be able to not just uphold the JCPOA, but perhaps also expand our diplomatic dialogue with Iran. Now, that doesn’t mean that we won’t continue to have serious differences with Iran. And I think both the United States and Iran recognize that we share a difficult and complicated history. But it demonstrates, as was the case with the nuclear negotiations, that both sides are prepared to focus on the future as opposed to dwelling on the past and that they are prepared to engage on the basis of mutual respect in order to potentially clear up misunderstandings, explain respective positions, reach compromises, and find solutions to complex issues through diplomacy. Perhaps three years ago, no one would have thought that we could have, through constructive diplomacy, broken counterproductive taboos and reached a nuclear deal that verifiably prevents Iran from developing a nuclear weapon and provides Iran with much needed economic sanctions relief.

Given the sentiment we’ve seen in this election cycle, are you concerned about American politics interfering with the United States’ relationship with Iran or the JCPOA?

As is the case in many countries, a variety of viewpoints are expressed in the lead up to a presidential election. Ultimately, the JCPOA is an understanding reached by the entire P5+1, the European Union and Iran, and backed by the majority of the international community. It is in the entire international community’s interest to continue to implement the JCPOA and, so long as Iran is fully meeting its nuclear commitments, the United States will continue to uphold its commitments under the deal as well.