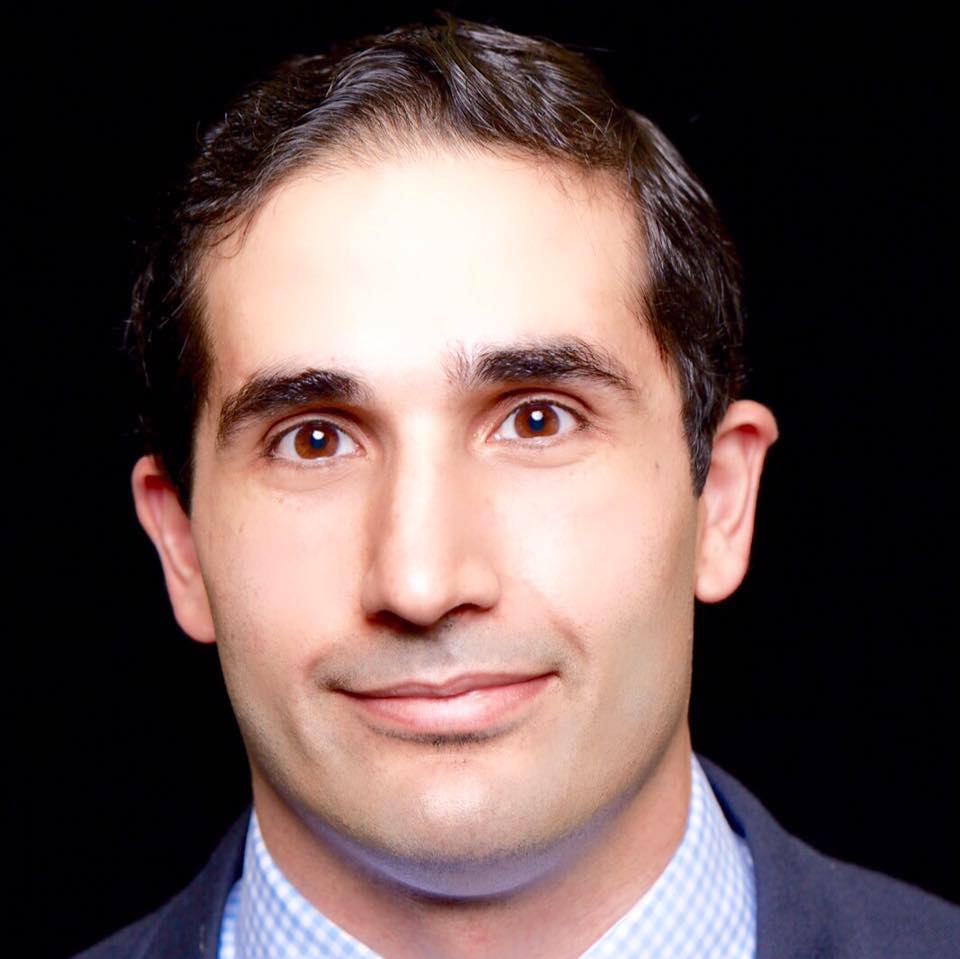 WASHINGTON – Dr. Arshya Vahabzadeh M.D. is an Iranian American physician with a distinguished career in medicine and behavioral health. Dr. Vahabzadeh is a faculty member at the Harvard School of Medicine, he is the Director of Digital Health at neurotechnology company, Brain Power, where he also serves as site director for the San Francisco Bay Area, and he is also the former Chairman of the Council on Communications of the American Psychiatric Association. He is a “40 under 40” healthcare innovator according to MedTechBoston, widely published in clinical neuroscience, digital health, and medical communication. He has also received over twenty awards from multiple international organizations. On October 1st, 2016, Dr. Vahabzadeh gave a presentation at the IA-100 Silicon Valley Retreat about technology, mental health, and the Iranian American community. PAAIA recently reached out to Dr. Vahabzadeh to discuss his presentation, his impressive career, and his thoughts on mental health and the Iranian American community.

PAAIA: Dr. Vahabzadeh, how has your Iranian heritage influenced your ambitions, career, and life in the United States?

Dr. Vahabzadeh: In the UK where I spent most of my childhood, the Iranian communities are smaller and spread out so I was not exposed to the community’s culture until I moved to the USA. Here, I find there is a tight-knit Persian community almost everywhere I go, and they are warm in inviting me to join them. The Iranian-American community in the US is by far one of the most successful, and through interacting with other Iranians I am by turns inspired, encouraged, and supported, and this sense of belonging is a big part of why I want to give back to my community.

Iranian culture places a high emphasis on achievement, and this was certainly my experience in my formative years. My parents placed a high value on education and success, and gave me a tremendous amount of encouragement. As a result, I have been fortunate to have had an upward trajectory. The Iranian-American community is undoubtedly one of the most successful American immigrant groups, but I sense that some of our strengths are also our weaknesses.

Dr. Vahabzadeh: One in five people will be affected by a mental health condition in any given year, and one in twenty-five Americans has a serious mental illness. So whenever I talk to an audience, I already know that everyone around me will have had a close experience with a mental health condition. What was really powerful for me at the IA-100 meeting was how many people came up to me afterwards and thanked me as they felt I was speaking about their sister, their mother, their brother, or about them personally.

I believe that our community has a great sense of pride, and with that comes a propensity to easily feel a sense of shame. We need to recognize that a mental health condition is not a flaw of character. Mental health conditions have treatments, and get worse when they are not dealt with. We have successful Iranian-Americans who have mental illness, just like we have successful Iranian-Americans who have diabetes or high blood pressure.

Importantly, there has been little research into the mental health of our community, we really have little idea of the true impact and scale of the issue among Iranian-Americans. We have an obligation to put mental health on the agenda, and to show our younger generation that when there is a problem, we have to talk about it and not brush it under the carpet.

PAAIA: At the retreat, you told stories about clients who sought help for mental disabilities, some of whom were of Iranian descent. In your opinion as an Iranian American, a psychiatrist, and a family physician, what more can be done to help Iranian Americans feel comfortable seeking mental health assistance as well as decreasing the stigma surrounding mental health in general?

Dr. Vahabzadeh: Step one is making it an acceptable topic of conversation. I am proud that IA-100 made it a topic for the retreat. We have so many stigmatizing terms that we use in Farsi to refer to people with mental health conditions, and their use really has to change. Step two is leadership. If you want your family or community to be able to address their mental health needs, you need to be willing to set an example. It is surprising how often people already know that there is an issue, for example with depression or anxiety, yet we try to maintain a façade that everything is perfectly fine when it is not. This plays back to our sense of pride, and our fear of shame. How disabling does a condition need to be before we realize that there is no health without mental health. With life expectancy at almost 80 years, is it a really a good idea to ignore our mental health needs for decades?

Iranians put great emphasis on being successful. Success is great, but only if it comes at the right price. I know of many high achieving individuals in our community who pay a high personal toll for objective markers of success. There is also a sense of anxiety in our youth, raising questions such as “Can I live up to expectations?” and “Am I good enough?”. My answer is “You are enough”.

PAAIA: Some argue that the human brain is amongst the last unexplored frontiers, and you work to use technology to provide more information about the brain’s capabilities. Where do you see the evolution of neurotechnology heading?

Dr. Vahabzadeh: The future is going to be very exciting. My personal mission is to simultaneously quantify and humanize mental illness, and to develop truly transformative technologies. There are a whole range of tools in development that will allow us to not only understand the human brain, but also to enhance it. The emergence of smartphones and smart devices are a transitional step in that process. We will have the ability to have augmented brains. Will our better augmented-self result in greater equality? Or will we see greater socio-economic disparity? It is important that we ensure technology is beneficial for our whole community.

PAAIA: You are the Director of Digital Health at Brain Power, an initiative “empowering children and adults all along the autism spectrum to teach themselves practical life skills, and assess their progress numerically.” What do you find most rewarding about being a part of this organization?

Dr. Vahabzadeh: In the United States, 1 in 68 children is diagnosed with autism, and there are over 3.5 million autistic Americans. Unfortunately, many of these individuals lack the educational, occupational, and healthcare resources that they need. We aim to directly address the needs of the autism community through the use of augmented reality, neuroscience, and computer science. We are going to empower autistic people at every life stage, from bedroom to classroom to boardroom, so that they reach their full potential. It has been immensely rewarding to see the progress that our autistic users have made whilst trialing our Brain Power system, and the joy with which even those who are considered particularly difficult cases, seem to embrace the technology. Furthermore, the positive feedback we get from autistic people and their families inspires us to work harder and do everything we can to find solutions

PAAIA: Brain Power uses technology like Google Glass to help people overcome learning disabilities presented by autism. Are there other mental disabilities, in your opinion, that could benefit from neurotechnology?

Dr. Vahabzadeh: Absolutely, the technology that we are building has a broad use case through the educational, health, and occupational sector. It has potential to help people with a wide range of mental health conditions in a highly scalable and cost effective way.

Dr. Vahabzadeh: I used to highly recommend medicine to anyone who asked, but now my suggestions are more nuanced. Training in medicine can result in a thousand different career paths. I spent 5 years at medical school, and then had over a decade of post-doctoral training. If I could go back and change one thing, I would have spent more time travelling the world, life experience is just as important to being a physician as academic experience.

My 10 recommendations to younger Iranian-Americans are as follows: