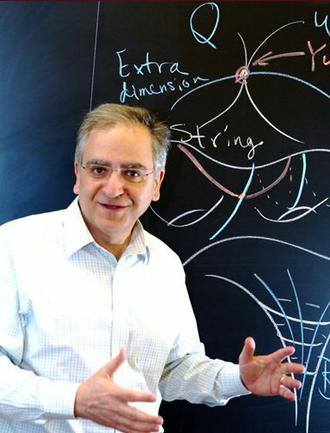 The Breakthrough Prize Foundation annually awards millions of dollars in prizes to leading scientists, aiming to celebrate science and generate excitement about the pursuit of science as a career.

The $3 million prize was split between Dr. Vafa, Dr. Joseph Polchinski, and Dr. Andrew Strominger, recognizing their major insights into the deepest questions of the universe.

Born in Tehran in 1960, Dr. Vafa obtained his undergraduate degree from the Massachusetts Institute of Technology. He received his Ph.D. from Princeton University in 1985, and is currently Donner Professor of Science in the Department of Physics at Harvard University.