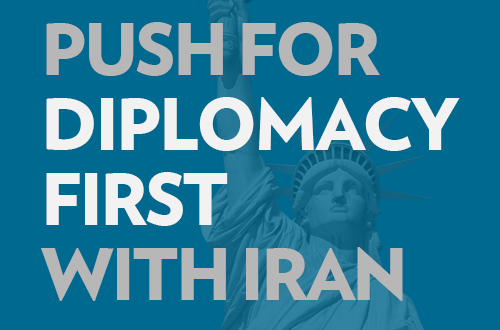 Washington, DC – With the passage of H.R.5543, the No War Against Iran Act, Leila Austin, Executive Director of the Public Affairs Alliance of Iranian Americans (PAAIA), today issued the following statement:

On behalf of PAAIA, I applaud the House of Representatives for its 228-175 passage of the No War Against Iran Act and for the leadership of Rep. Ro Khanna (D-CA) in championing this critical piece of legislation. H.R. 5543 asserts Congress’ constitutional authority to fund war – a costly decision that cannot be approached lightly. Given the recent escalation of tensions, PAAIA remains deeply concerned about the potential for unnecessary conflict between Iran and the United States. A war with Iran is estimated to be far more costly than previous conflicts in the Middle East as it would jeopardize countless American lives and drive our nation further into debt.

“PAAIA will continue to advocate that U.S. interests are best served by prioritizing diplomacy and supporting the democratic aspirations of the Iranian people, and we call upon the Senate to adopt similar legislation that will encourage renewed diplomacy between the two countries.”