January 22, 2016, Washington D.C. – The Iran Project published a statement by 53 National Security Leaders welcoming the implementation of the Iran Nuclear Deal or Joint Cooperative Plan of Action (JCPOA). The letter, dated January 18th, heralded the “unprecedented agreement has reaffirmed the value of diplomacy as an invaluable tool for conflict resolution.” The signees state that the JCPOA is a successful step toward the Iran Project’s long held goal of preventing Iran from attaining a nuclear weapon. The deal’s implementation means that Iran has already drastically reduced its Nuclear Program and is now under a rigorous inspection regime. According to the letter, this means that “if Iran were to attempt to start a new nuclear weapons program, it would be detected.”

The statement details how the JCPOA has prevented nuclear weapons proliferation and installed and established new methods for international cooperation. The signees outline that support for the JCPOA deal does not mean support for the Iranian regime stating “the U.S. will continue to have serious disagreements with Iran over its regional actions, its internal policies, its missile program, and its support for terrorism.” Additionally the national security leaders reaffirm that new methods should be employed by the U.S. government to coordinate action if Iran violates any of its obligations under the deal.

As an organization that represents the Iranian American community, PAAIA supports diplomatic efforts to pursue a peaceful resolution to the decade-long stalemate over Iran’s nuclear program. 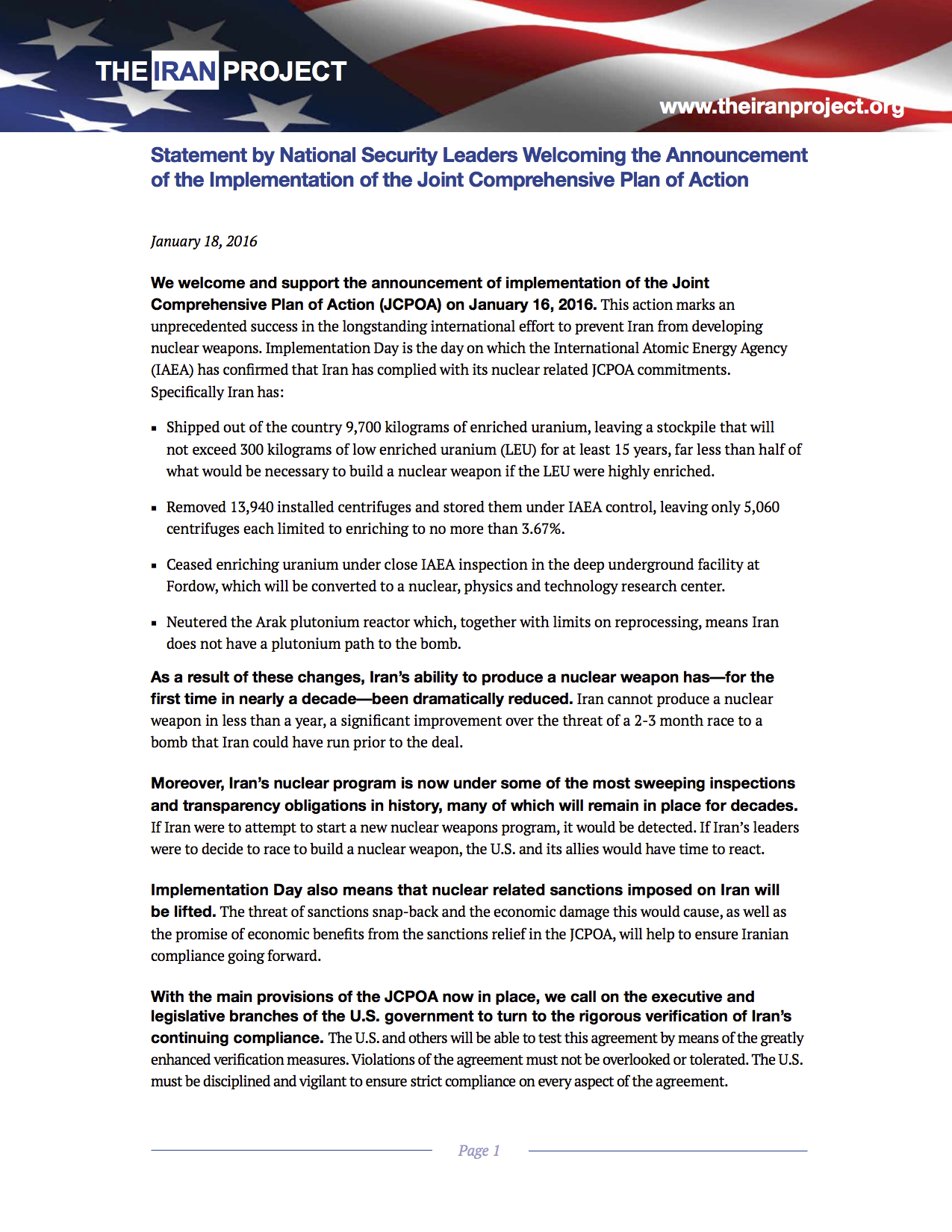 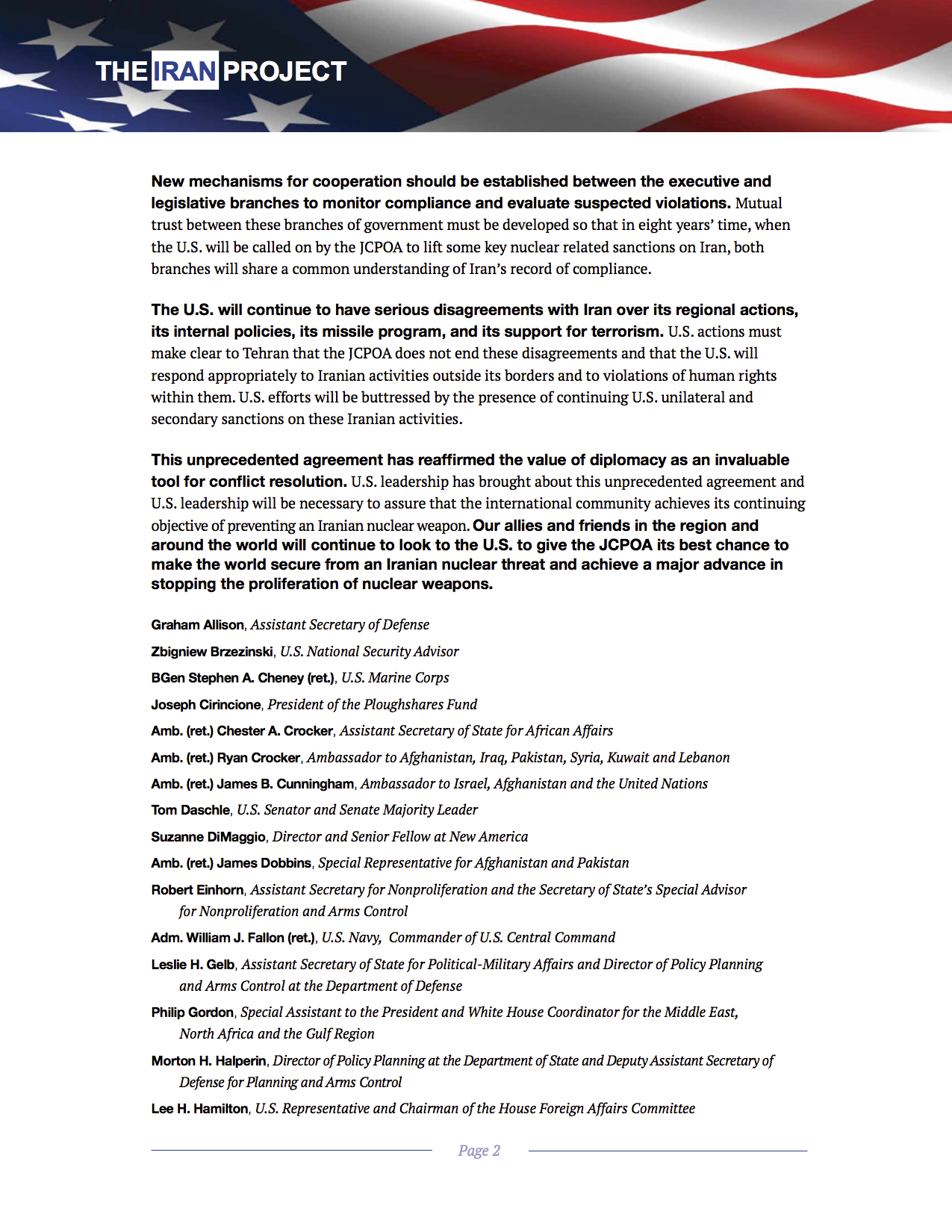 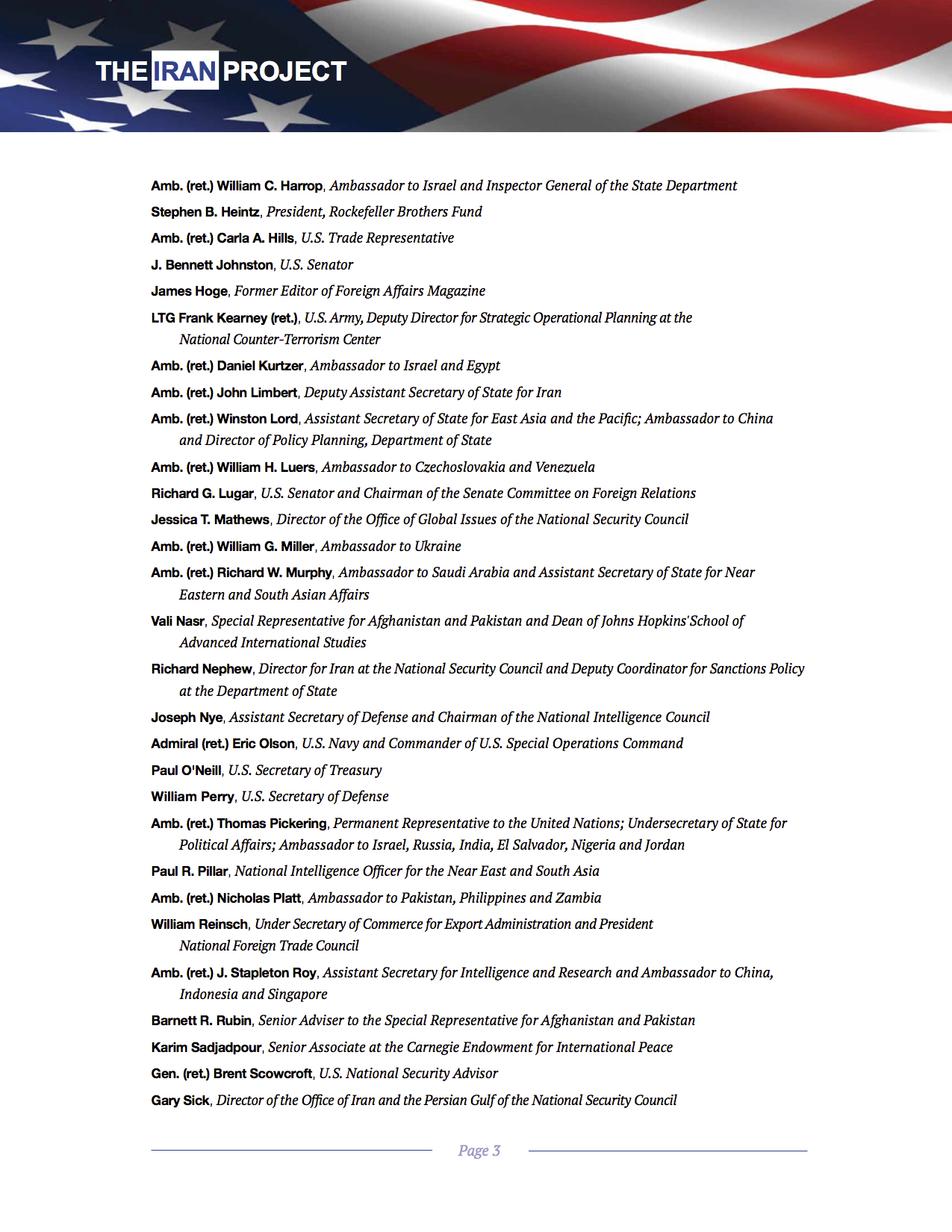 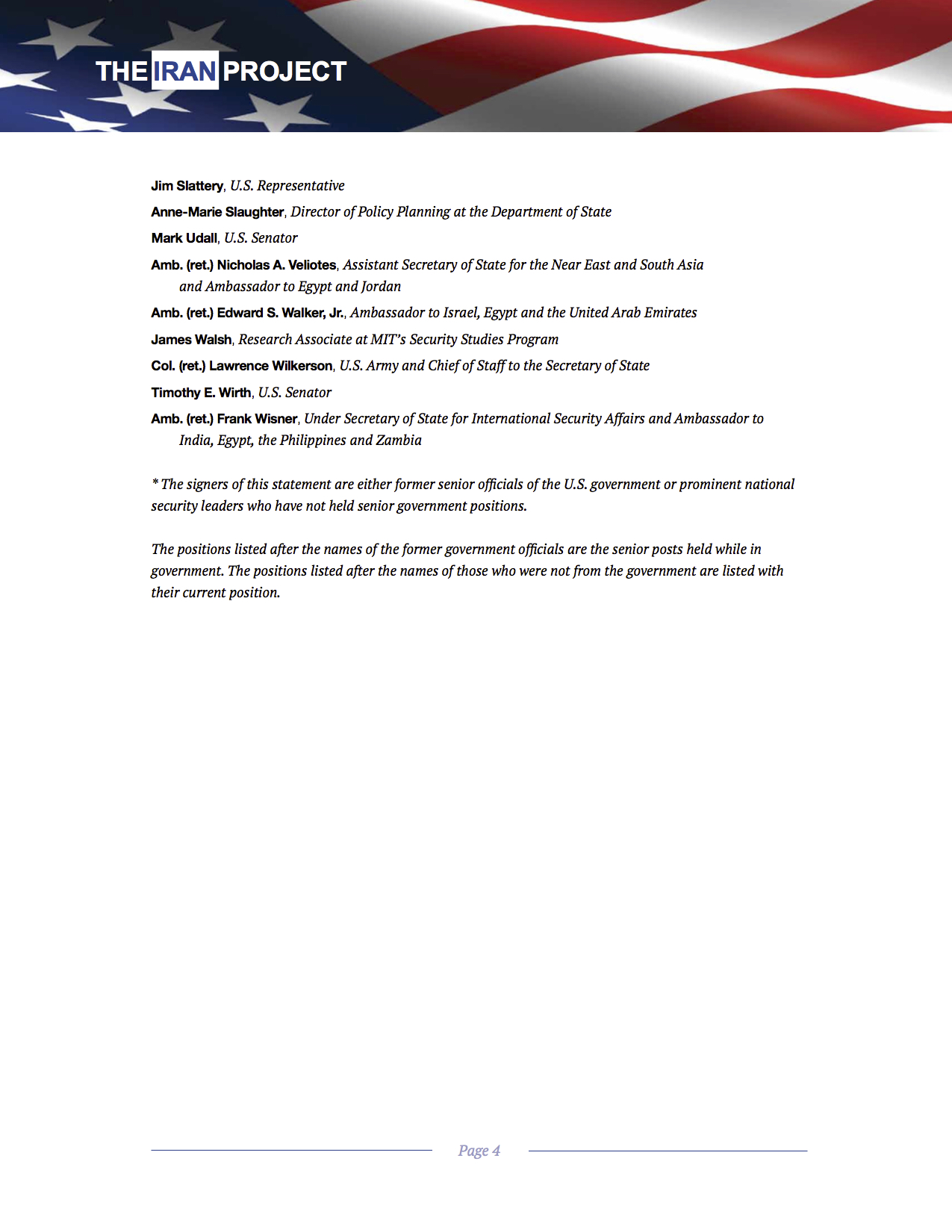