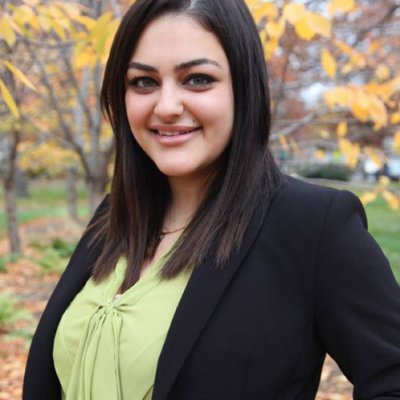 January 25, 2016, Washington, D.C. – There will be a new Iranian American on Capitol Hill this spring. Aava Khajavi is the recipient of the Akbar Ghahary Capitol Hill Internship Program (CHIP), working at the office of Congressman Mike Honda (D-CA).

First generation Iranian American, Aava, is graduating from American University this May with a BA in Psychology. She is passionate about educational equity and alleviating the social stigma tied to mental health issues. Growing up in Los Angeles, a city with an enormous Iranian American population, Aava witnessed first-hand how little Iranian Americans’ interests are represented in the political arena. This reality is what inspired her to pursue a career in politics and encourage her community to have a larger voice in government.

PAAIA is committed to expanding opportunities for the active participation of Iranian Americans in the democratic process at all levels of government and in the public debate, and provide opportunities for advancement for our next generation. The purpose of the CHIP program is to promote increased civic participation among young Iranian Americans by offering college students or recent graduates of Iranian descent the opportunity to get a firsthand look at our nation’s legislative and political process. The program is enhanced by opportunities to network with and be mentored by Iranian American staff on Capitol Hill, in the administration, and in non-governmental organizations throughout Washington, D.C.

Former PAAIA board member and trustee, Dr. Akbar Ghahary, founded the CHIP program. The recipients who are successfully placed on Capitol Hill will receive a stipend of between $1,000 and $2,000 each.

Click here to learn more about PAAIA’s Capital Hill Internship Program or to apply to be our next CHIP Fellow!