Senator Kirsten Gillibrand was first sworn in as United States Senator from New York in January 2009, filling the seat of vacated by Hillary Clinton’s appointment as Secretary of State.

Senator Gillibrand was elected to her first full six-year term in 2012 with a New York statewide record 72 percent of the vote, winning 60 of New York’s 62 counties.

Since joining the Senate, Senator Gillibrand has made her presence felt.  She helped lead the fight to repeal “Don’t Ask, Don’t Tell.” She was an architect of the passage of the STOCK Act that finally made it illegal for members of Congress to profit from non-public information and has earned national recognition for fighting the Pentagon over how sexual assaults are handled by our military.

TIME Magazine names her as one of 2014’s “100 Most Influential People in the World” and the NY Daily News placed her number four on its list of “50 Most Powerful Women in New York.”

Prior to joining the Senate, Senator Gillibrand served as a member of the U.S. House of Representatives from 2007 to early 2009 for New York’s upstate 20th Congressional district.  She was born and raised in upstate New York and is a graduate of Dartmouth College and received her law degree from the UCLA School of Law.

Click Here to view the collection of photos from the reception 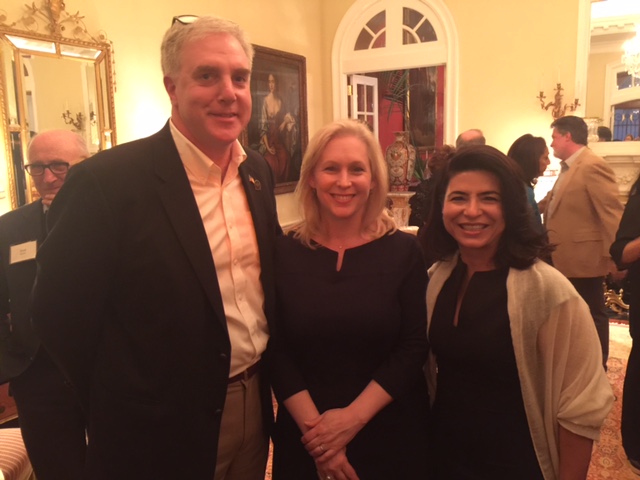