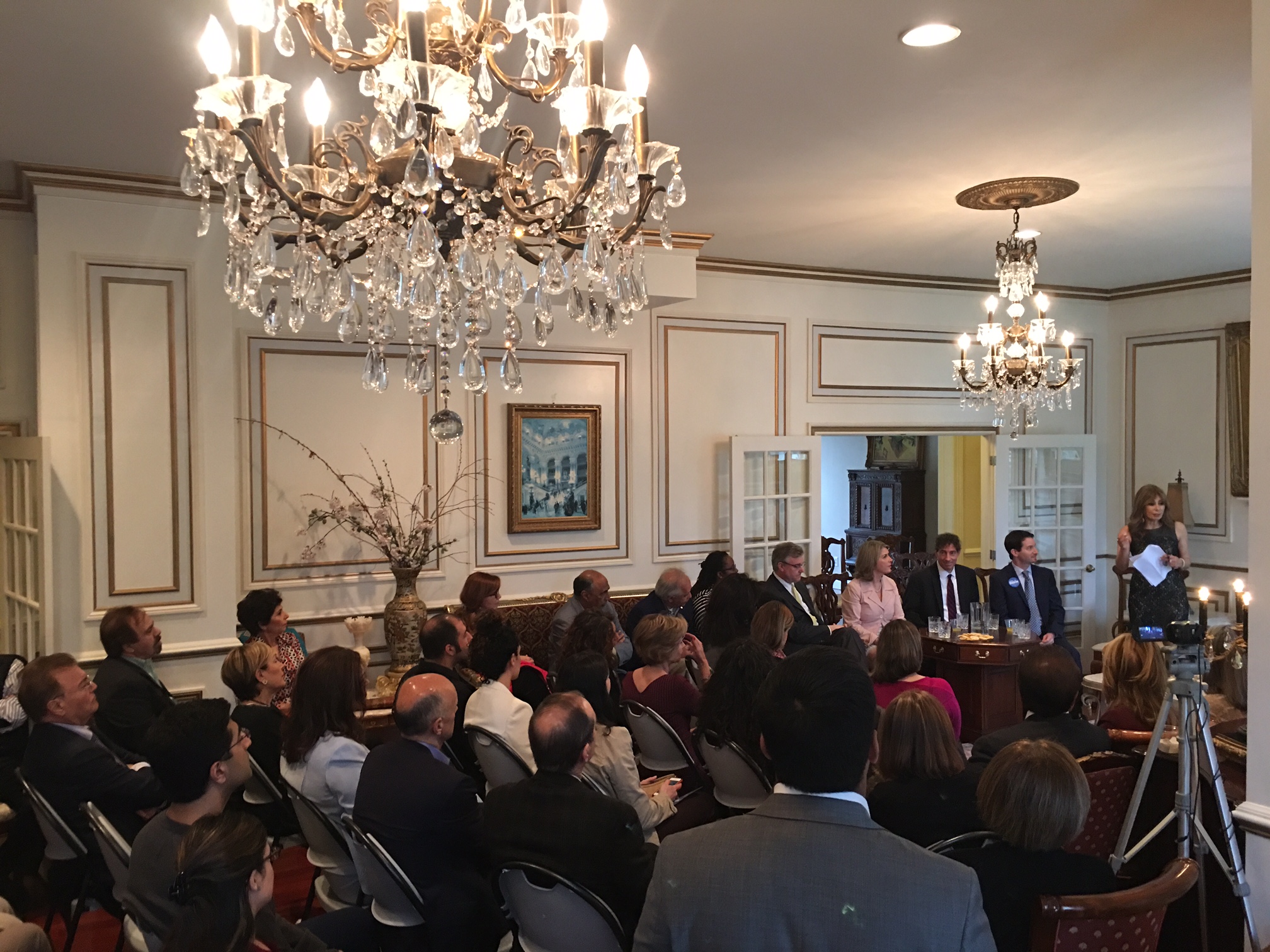 March 30, 2016, Washington, D.C. – On Sunday March 27, 2016 over hundred guests participated in an Iranian American Congressional Forum with candidates for the U.S. Congress 8th Congressional District race.  The event, held at the residence of Houri Khalilian and Serge Sira, presented an opportunity for area residents to hear directly from the Democratic candidates for the open Congressional seat.
The candidates attending the forum included former journalists Kathleen Matthews, State Senator Jamie Raskin, former Deputy Assistant Secretary of State Joel Rubin, and businessman David Trone as well as a representative from the campaign of former Obama Administration aide Will Jawando.
The candidate forum was designed to help educate and empower Iranian Americans in Maryland politics. The forum allowed an opportunity for the candidates to introduce themselves to voters and featured a question and answer period moderated by Khalilian.   The candidates presented their views on a wide range of topics, including transportation infrastructure issues, immigration policies and the recently enacted reforms to the Visa Waiver Program, gridlock in the U.S. Congress, the Iran nuclear deal, as well as their top priorities in dealing with U.S.-Iran relations.
The discussion was very substantive as the candidates had three minutes to answer questions addressed to them by the moderator as well as an opportunity for one minute rebuttals if the candidate’s name was called upon during someone else’s answer to a question.
Click here to check out the video of the forum.
The Iranian American Congressional Forum is a project organized by Democratic strategist Hamza Khan and other young Democratic activists working to bring changes to local politics.
Share Post: