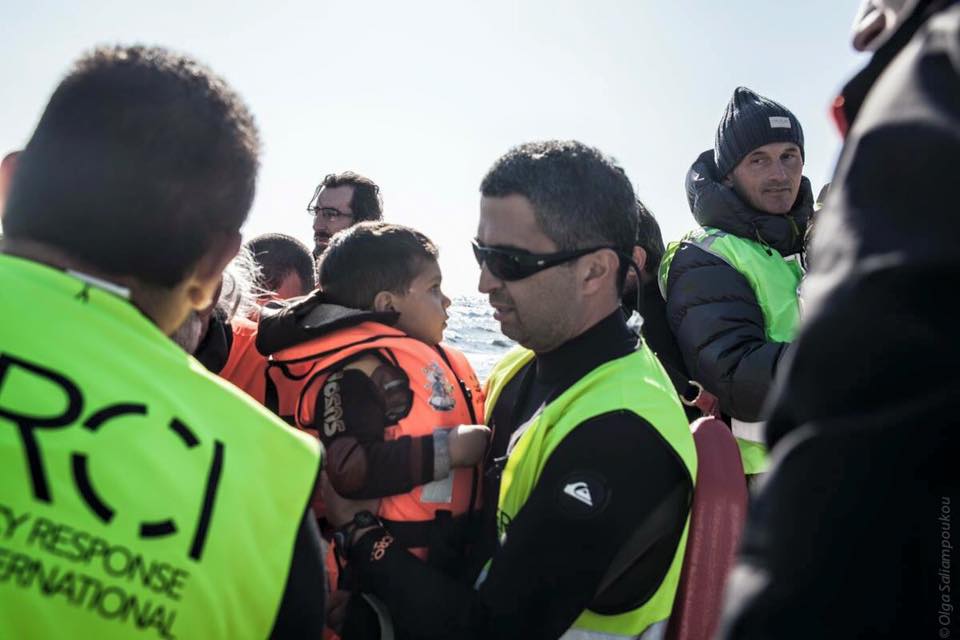 Iranian American social entrepreneur and former U.S. Marine, Pooya Rezai, recently sat down for an interview with PAAIA about his trip to Greece. Purchasing a one-way ticket, Rezai made his way to Lesvos Island where he spent six weeks working with Emergency Response Centre International (ERCI) engaging in maritime rescue and beach lifesaving.

With EMT and lifeguarding experience under his belt, Pooya says “my conscience was yelling at me.” Along with the rest of the world, he watched the refugee crisis unfold with images of children, families and elderly dying as they tried to seek a new life. The more he saw this happen, the more he realized that his specific skill set could be incredibly useful in preventing refugees from drowning.

Rezai began by connecting with as many professionals working with the refugee crisis as possible. His project, however, was completely independent. He started a GoFundMe page and raised money to purchase his own wetsuit and equipment. He made his own way to Greece, but acknowledged that it wasn’t just him going, it was everyone who had funded his campaign and supported his process. Once there, he was able to connect with the Greek NGO Emergency Response Center International (ERCI) who are also former military, he became the very first non-Greek volunteer. 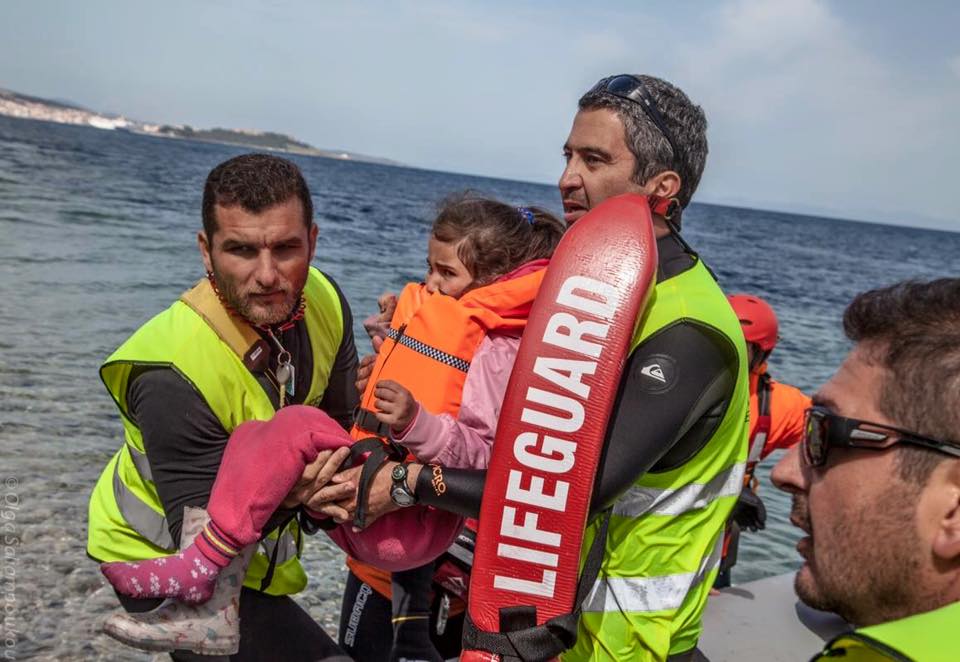 When asked what inspired him to go, Rezai quoted from Winston Churchill “we make a living by what we get, but we make a life by what we give”. Rezai spoke about his awareness of the sacrifices he had to make in deciding to drop everything and go – but that what he received in return is something you can’t put a price tag on. It’s a “matter of connecting with other people, humanizing them… there’s a beauty in that process. You’re making life-long connections.” He continued to talk about the sobering experience, “you are a fellow human being… it really humbles you. The only thing that differentiates you from the people in the water is the passport you hold in your bag.”

Rezai concluded by encouraging anyone who had the desire and ability to find join this incredible service to humanity. There are so many skills needed in this complex humanitarian effort – from lifeguarding to healthcare to logistical and administrative work – “find your path to serve a human being as a human being… the best thing you can give is your presence, your time and your support, so find your individual connection to how you can help.”

Pooya Rezai is an innovator and co-founder of Nooshtube. He resides in Washington, D.C.