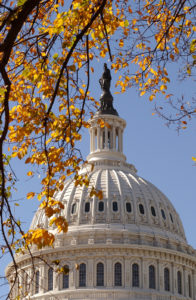 WASHINGTON, DC – Bipartisan legislation has been introduced in the U.S. Congress calling for the unconditional release of United States citizens and legal permanent residents being held for political purposes by the Government of Iran.

Sponsored by Congresswoman Ileana Ros-Lehtinen (R-27th/FL), the resolution, H.Res.317, urges President Trump to prioritize the release of United States citizens and encourages the President to take meaningful action to secure their release. Cosponsors of the resolution include but are not limited to Representatives Nita Lowey (D-17th/NY), Ted Poe (R-2nd/TX), Ted Lieu (D-33rd/CA), Elliot Engel (D-16th/NY), and Tom Cole (R-4th/OK).

The detainees listed in the resolution include Siamak Namazi, Baquer Namazi, Karan Vafadari, Afarin Niasari, Nizar Zakka, and “any other United States citizen, legal permanent resident, or foreign national being held in Iran.”

Siamak Namazi traveled to Iran to visit family in July 2015. He was soon denied exit from the country and interrogated for 3 months before being arrested in October 2015 without any charges. Namazi’s 80-year-old father, Baquer Namazi, was imprisoned by Iranian security agents in Tehran after traveling there to secure his son’s release.

Karan Vafadari, a United States citizen, and his wife, Afarin Niasari, an Iranian national and United States legal permanent resident, were detained in late July 2016 and have been held without charges or access to counsel.

As an organization that represents the interests of Iranian Americans, PAAIA seeks to protect Iranian Americans’ right to immunity from harassment and unlawful detention when traveling outside the United States, including Iran. PAAIA supports the U.S. government’s efforts to return all Iranian Americans who are unjustly being detained in Iran.